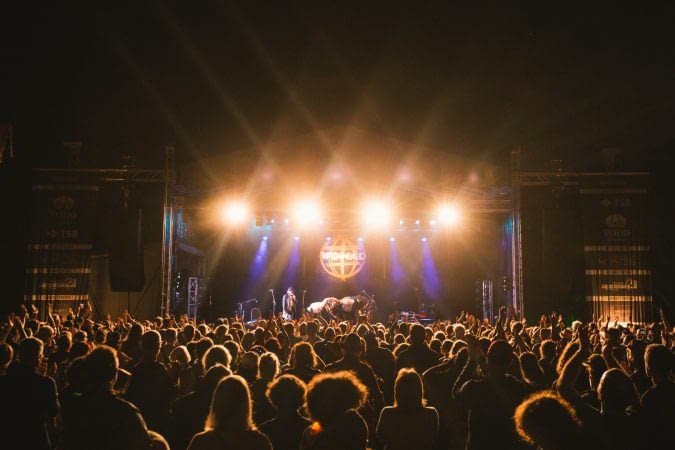 Organisers of New Zealand’s Womad say the three-day festival is moving towards and all Kiwi lineup for 2022.

Taranaki Arts Festival Trust (Taft) chief executive Suzanne Porter said there may be a chance artists from Australia and the Cook Islands could be secured if Covid-19 allows, but next year’s lineup would be largely New Zealand only.

Regardless, the festival would still have the same international flavour, she said.

“There is a very interesting line up. You’d be quite surprised with what we’ve got in our own backyard.”

Taft would potentially hold some funds aside for the late introduction of one or two international artists that could be shared with WomAdelaide, but it was too early to begin working on that, she said.

“We’re not intending to downsize or cut anything

“The experience is more than just the music.”

Porter said planning was well underway for next year’s festival, which will run from March 18 to 20 at New Plymouth’s Brooklands Park.

Taft was given the go ahead to organise next year’s festival after the New Plymouth District Council (NPDC) secured a five-year host city deal with Womad International. The council also agreed to underwrite Taft for $1.9m.

“The underwrite has allowed us to go ahead with some assurance that if we have to cancel late that we will survive.”

Taft has been running Womad NZ since 2003, but at the end of 2020 it lost its hosting partnership with Womad International when it pulled out of running a 2021 event due to the Covid-19 risk.

The international group then tried to find another host but was unsuccessful and Womad 2021 was cancelled.

“If we had gone ahead this year we would have had to cancel,” Porter said.

She said the trust would not have hosted the event next year without the underwrite from the NPDC.

“Taft has had many years of risk taking, and it is not adverse to risk, but this one is just a risk that is so unknown.

“If Womad went down it would take everything Taft does down.”

There have already been too many close calls to run the risk again, she said.

In 2019, a few hours before the festival opened the Christchurch mosque shootings happened.

“I’ve always said if those shootings happened five hours earlier we would have been closed down,” Porter said.

That same year a ticket seller, who has since gone bankrupt, wasn’t giving it money from ticket sales, and in 2020 Taft managed to put on the festival ten days before the country went into alert level 4 lockdown.

“We’ve had our trials in the last three years,” Porter said.

“We got through by the skin of our teeth. I always think Womad particularly has a guardian angel.”

June 3, 2021
PrevOlder PostsThe stories of Taranaki ready to be shared with the rest of New Zealand and the world
Newer PostsTaranaki Arts Festival Trust documentary looks back on 30 years of festivalsNext
view all news