PrevOlder PostsA weekend of words, circus and cabaret set to turn up the heat in Taranaki!
Newer PostsWomad 2022 likely to be all Kiwi lineupNext 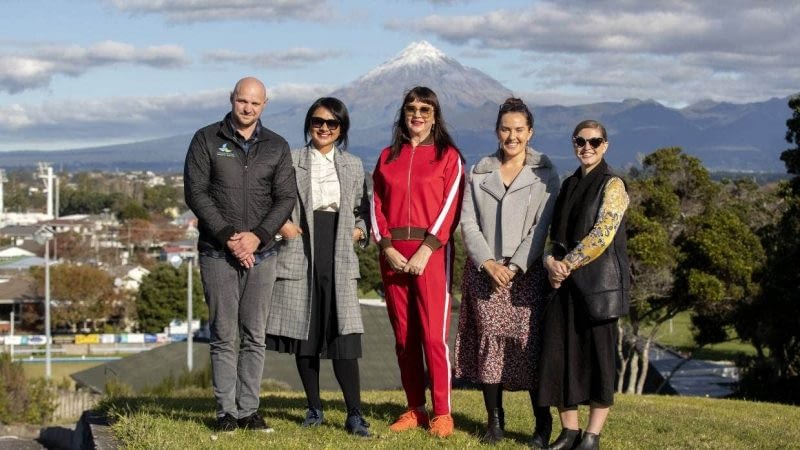 An initiative to showcase Taranaki to the world has finally been launched after being put on hold due to Covid-19.

Paid for with a grant from the Provincial Growth Fund (PGF), Taranaki Story is project led by a series of seven videos, each telling a story about the region, to support the profile of the province across Aotearoa, and the world.

Created by economic development agency Venture Taranaki (VT), the videos are supplemented by a wealth of stories, business resources, audio files and photos freely available to be used to support Taranaki enterprises.

“The story comprises a narrative, tools and resources that our region’s enterprises and the Taranaki community can use to stand strong in our sense of self,” VT chief executive Justine Gilliland said in a press release.

Akin to the widely known New Zealand Story, which launched in November 2013 and has since been utilised by thousands of organisations, Taranaki Story was initially a response to misconceptions of the region since the Government’s ban on offshore drilling was announced in 2018.

“Following that announcement, a perception proliferated that Taranaki is a ‘sunset’ region; nothing could be further from the truth,” Gilliland said.

“The Taranaki Story helps to show the true breadth and diversity of our strengths, initiatives, and innovations.”

The themes that have been launched under the wider Taranaki Story narrative are: Environment; Business, Innovation and Export; Iwi; Visit; Energy; Live and Work; and Food and Hospitality.

These themes were identified at 13 consultation workshops held around the maunga.

“These workshops brought together business and community thought leaders to share their insights and experiences as to what makes Taranaki a great place to live, work, learn, play, create, and invest,” Gilliland said.

VT then worked with local creative agency Strategy Collective, bringing to life the stories captured as part of community consultation.

“The creative development process saw us filming at over 100 locations, and engaging with more than 300 people,” Gilliland said.

The Taranaki Story began in June 2019 but was put on hold during the 2020 lockdown due to the large amount of community input required.

Taranaki Arts Festival Trust (Taft) chief executive Suzanne Porter was delighted to be a part of the project, as festivals had helped shape the region’s arts scene.

“Whatever Taft undertakes is very interwoven into the story over the last 30 years into Taranaki.

“Why wouldn’t we want to celebrate those stories and get them out to the world?”

Sean Zieltjes, of pest eradication programme Taranaki Mounga, said he hoped the stories inspired communities to get stuck into protecting their environment.

There was already much to celebrate, he said, citing his son turning down a chance of seeing a kiwi release as an example of success.

“He’s been so lucky to go to so many that it’s just normal. So if we can get to a point where everyone is bored by kiwi, that’s a success.”

The initiative will continue to be developed and added to over time.

The Taranaki Story assets are available online and will be playing at local museums and galleries over the next month, including, Aotea Utanganui – Museum of South Taranaki, local i-sites, and Visitors Centres.

A weekend of words, circus and cabaret set to turn up the heat in Taranaki!

May 27, 2021
PrevOlder PostsA weekend of words, circus and cabaret set to turn up the heat in Taranaki!
Newer PostsWomad 2022 likely to be all Kiwi lineupNext
view all news