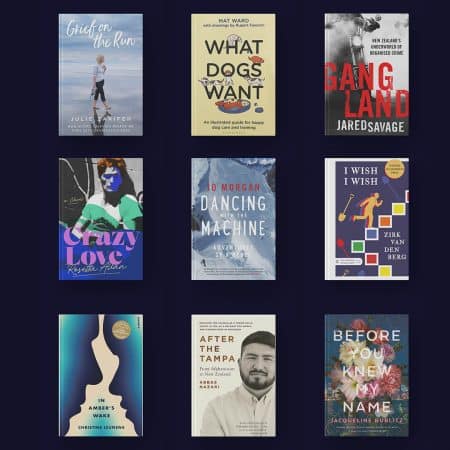 The power of words, and the talent of those who use them to tell stories, will be under the spotlight this July when Taranaki Arts Festival (TAFT) presents its inaugural standalone writers’ festival.

Speakeasy Writers Fest will feature nine of the most captivating authors in Aotearoa New Zealand today and runs over two days in July.

TAFT chief executive Suzanne Porter says the Speakeasy writers’ programme was originally planned to take place alongside Winter fest, one of the four niche festivals presented by TAFT over the next two years, but Covid and the associated risks to larger events – as rules and crowd limits kept changing as the country moved through the various alert levels and traffic light settings – meant the team had to make some changes.

“It felt too soon to take on an extensive 10-day festival programme, with 2022 still presenting disruption and uncertainty. The team has already been through cancelling RESET and WOMAD, and it would have been soul-crushing to lose another festival to Covid.”

As the Speakeasy literacy programme has been developed as a mini-festival model, spread over two days with smaller audience numbers, Suzanne says it made sense to go ahead with Speakeasy, as it could safely run at any alert level.

“It was very important to us to reconnect with our audiences. After the challenges Covid has presented over the last year, the team were committed to bringing more positivity through events back to audiences here in New Plymouth.”

There will be something for all literary tastes at the festival, with the nine writers ranging from award-winning investigative reporter Jared Savage to Christine Leunens, the author of “Caging Skies”, the book that was adapted into the Academy Award-winning film JoJo Rabbit.

Each of the featured authors has some compelling stories to share with their audience, and those who secure any of the limited tickets to a session are encouraged to let curiosity take over and challenge their perceptions of modern literature.

The timing of the festival is perfect, says arts festival director Megan Brown.

“We know our festival audiences need a doorway that reconnects with the world around them, a space to observe hardships, enjoy laughter and love, fear, and happiness. We hope our authors’ stories give readers the additional courage and confidence to deal with any problems faced during what’s been quite a challenging time.”

For one of the featured writers, travel won’t be an issue, with New Plymouth based author Jacqueline Bublitz facing a very proud home crowd.

“Growing up in Waitara, I was obsessed with the local library and the two bookstores I passed on the way to school. I read everything I could, whether it was age “appropriate” or not. I thought authors were the most glamorous, magical people, and I had no frame of reference for what a career as a writer might look like in real life.”

Jacqueline now knows exactly what a career as a writer can look like, with the success of her debut novel “Before You Knew My Name” leading her to now work as a full-time writer herself.

Other writers featured include Abbas Nazari who fled the Taliban as a child and was resettled in New Zealand after his family was rescued by the Tampa containership in 2001, an international story known as the Tampa Affair. His memoir, “After the Tampa: From Afghanistan to New Zealand” is a #1 bestseller and Abbas is now a sought-after media commentator and speaker, as well as being a prominent advocate for refugees.

Writing the book was, said Abbas, “a huge risk for me”. When he was first approached to write it he declined the offer the first time he says, but he eventually agreed, with the book being published last year to immediate acclaim.

“When I held the printed copy of my book in MIQ, it hit me that I was a writer. It was an incredible feeling.”

Rosetta Allan, a poet, novelist and short fiction writer who now works as the creative director and writer for Creative Exchange NZ has released two collections of poetry over the years as well as three novels. She was the first New Zealander to take up the St Petersburg Art Residency in Russia’s Museum of Nonconformist Art and held the position of writer in residence at the University of Waikato in 2019.

Jo Morgan, writer, Unicef goodwill ambassador, philanthropist and grandmother is another writer featured at the festival. With her husband and friends, she has ridden motorbikes through over 110 countries, visiting nearly 140 countries in total. The festival will feature a special lunch session with Jo at the Nice Hotel.

The rest of the festival takes place at Taranaki’s 4th Wall Theatre with tickets going on sale today. The festival includes talks, interviews, W&A sessions and book signings with the authors.

Need to know:
What: Speakeasy Writers Fest
When: July 9-10
Where: 4th Wall Theatre
Tickets: 4thwalltheatre.co.nz or from the Taranaki Arts Festival Facebook page.