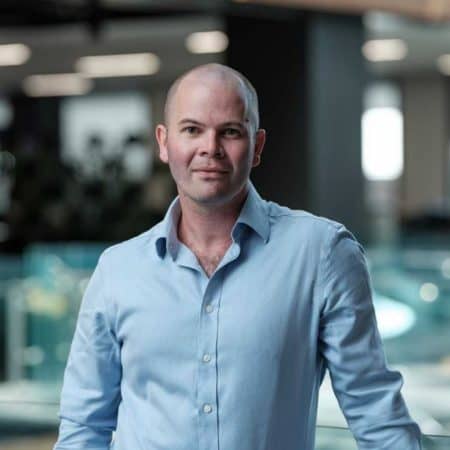 New Zealand is now one of the most lucrative illicit drug markets globally.

Over the past 20 years, the dealers have graduated from motorcycle gangs to Asian crime syndicates and now the most dangerous drug lords in the world – the Mexican cartels.

Jared Savage is an award-winning investigative reporter at the New Zealand Herald.

Jared takes audiences behind the headlines opening the door to an invisible world – a world where millions of dollars are made, life is cheap, and allegiances change like the flick of a switch.

Over ten years, Jared has developed a niche in reporting on organised crime, including the 2019 documentary, Fighting the Demon, which delved into New Zealand’s ongoing methamphetamine crisis.

We put him on the stand and got him to answer a few questions about morphing from reporter to writer with his first book, Gangland.
1. How long have you been writing, or when did you start?
Gangland was my first book which I started just after Christmas in 2019 and finished about six months’ later in June 2020. The deadline was tight especially as I interviewed, researched and wrote in my spare time, mostly evenings after work, and the odd Saturday. Throw in the first Covid lockdown and it was a pretty stressful time. More widely, I’ve been writing professionally as a reporter since May 2004 and for the New Zealand Herald since February 2009. But certainly writing a book is a very different experience to bashing out a ​700-word news story, or even a 3500-word feature. Looking back further, I’d always enjoyed written subjects at school – English, History, Classics etc – and even further back, writing stories in primary school (which I’ve noticed my 5yo daughter has an affinity for too)
2. Which of the characters do you relate to the most and why?
​Probably the detectives running the different drug or murder investigations which feature in each chapter. I have a lot of admiration for the work they do. For the past 20 years, there has been a game of cat-and-mouse between police and organised crime figures. The police are always working hard to figure out what is going on, then spend months (if not years) trying to prove it. By the time they do, clever crooks have come up with a new modus operandi, and the game has changed again. And things have evolved dramatically over the past 20 years, which is covered in Gangland, and recently escalated again. It’s a very difficult job and the police have been very effective in recent years on these long-term investigations.
3. If your book were made into a movie, which actors would play your characters?
​Hahaha. I do know that many of the detectives who feature in the book have joked about this for years, as their investigations are made for the big screen. I believe Detective Sergeant John Sowter has dibs on Richard Gere (they do share a certain silver fox vibe) and I know the colleagues of Detective Sergeant Mike Beal have jokingly nominated Ben Kingsley to play him, although I’d probably go with Bruce Willis. Liam Neeson is another favourite of the action-star fans.
4. What risks have you taken with your writing that has paid off?
Probably allowing myself the odd indulgence, humour or writing flourish where the reader will get a sense of what I think about something. As a journalist, that’s something that’s completely drummed out of us and I’m not an opinion writer either. So giving myself permission to do so, just occasionally, and the confidence to carry it out was a risk for me. Not for many other writers, but for me it was a big step.
Don’t miss Jared Savage – SPEAKEASY Writers Fest