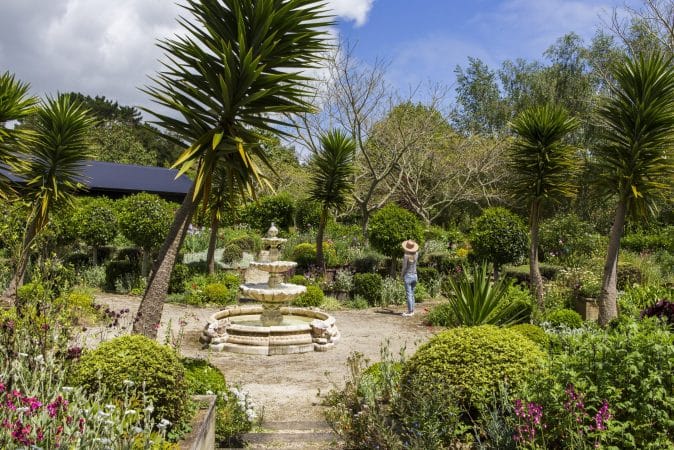 On any outing during the 2021  Taranaki Garden Festival, socially distanced visitors turn to origin conversations – where are you from?

“Okaiawa,” says a couple wandering through Boxwood garden at Ōpunake.

“We’re from Ngaere, originally,” say three sisters soaking in the beauty of Pukeiti.

“New Plymouth,” says a group of women wowing over the wonders of Waiongana Gardens near Waitara.

Yes, there were many out-of-region visitors too, but when the northern borders closed, people right around Taranaki Maunga dug deep to support the 10-day spring event.
Locals made up 52 per cent of the 5380 people who visited the 43 festival gardens, according to the latest Berl economic impact assessment.

“I believe Taranaki people came out in force to support us,” says Suzanne Porter, CEO of TAFT, which runs the festival.

Festival manager Tetsu Garnett agrees. “It was great to see the locals supporting a home-grown event.”

In 2020, when New Zealand’s borders were first closed because of Covid-19, the festival had a boom time, clocking up 75 per cent of visitors from beyond Taranaki.

Porter says that year was an anomaly, so believes it’s more accurate to compare the 2021 festival with the 2019 and 2018 events.

For the latest festival, which ran from October 29 to November 7, Auckland and most of Waikato were locked down at Alert Level 3, so residents couldn’t leave their regions.

“When we learnt that our Auckland visitors wouldn’t be able to make it, we turned our heads to Wellington,” Garnett says.

Covid restraints meant the capital had lost WOW and the nearby Toast Martinborough festival was also cancelled, increasing the lure of the outdoor Taranaki event.

Wellingtonians made up 41 per cent of festival visitors.

“We knew the Taranaki Garden Festival was going to be a safe place to visit in terms of Covid,” says Garnett, who spent weeks on the safety plan.

“It was important to put in place so our visitors could have a great time.”

And they did, with the festival gaining a 98 per cent rating from visitors who deemed it excellent, very good and good.

South Taranaki gardener Elaine Sanderson says the number of visitors to her festival garden totalled 1071, about the same as two years before.

“I was definitely expecting less – the first day was huge.”

Sanderson says many out-of-region visitors were able to attend the garden festival because locked-down Aucklanders had been forced to cancel, leaving accommodation available.

She too noticed increased support from local folk.

“There were more New Plymouth people than usual,” she says.

Even bad weather didn’t deter garden visitors. “We had that terrible storm in the middle, and it didn’t seem to make much difference.”

While the number of out-of-region visitors was down, those who did come were big spenders.

“The GDP stayed up high because out-of-town visitors spent a substantial amount of money,” Porter says.

But it wasn’t all good news, with the accommodation sector taking a hit.

Plymouth International owners Darrin and Anna Muggeridge say they lost bookings because of the Auckland lockdown, including whole busloads of potential garden visitors.

“It was not as busy as in previous years,” Darrin says. “The garden festival still helped and it did attract some people from other regions.”

The husband and wife believed running the outdoor festival was a great decision and best for everyone.

Originally published on >>> HERE on STUFF.co.nz

April 22, 2022
PrevOlder PostsThrough The Eye of Taranaki
Newer PostsWOMAD NZ cautious with planning the 2022 festival in REDNext
view all news